Central America is a region rich in biodiversity, volcanic formations, beautiful landscapes, and cultural heritage sites. There are many more than only 7 fascinating landmarks that everybody should see in South America. The following 7 are among the most popular.

This small Pacific Island administered by Costa Rica is the inspiration behind the tropical island featured in Jurassic Park. Cocos Island is a beautiful island rainforest boasting a large number of unique animals and plants. The island has been a national park since 1978. 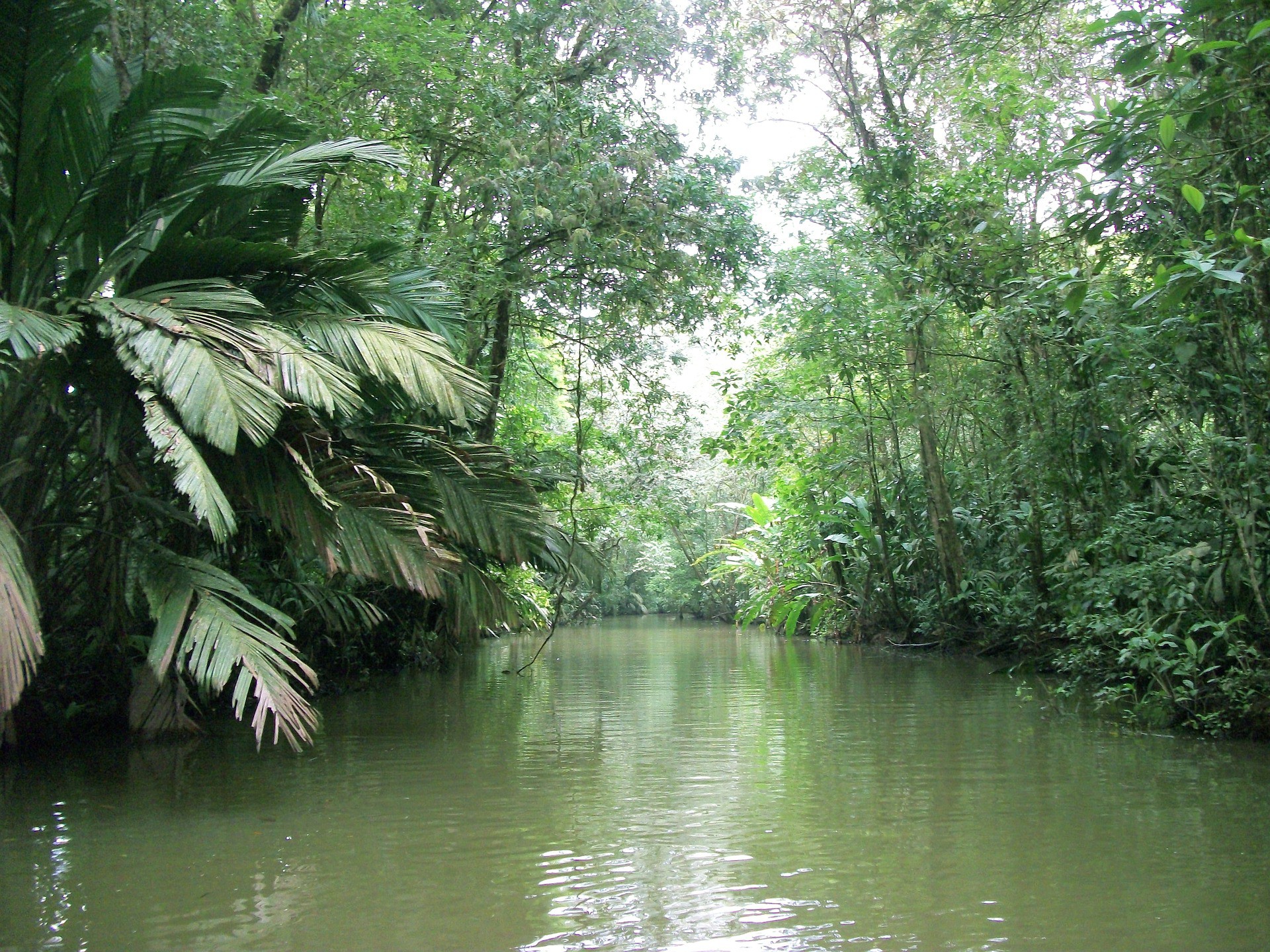 There are 65 species of insect, 70 flowering plants, 3 birds, and 2 lizards found nowhere else in the world. 342 miles southwest of the mainland and surrounded by deep and dangerous currents, there are few habitats more remote. Scuba divers love to explore the pristine waters to see dolphins, rays, and hammerhead sharks.

This national park is an excellent location for wildlife photography. Make sure you take along a good quality camera and camera tripod to take action shots of endemic insects feeding on endemic flowers. 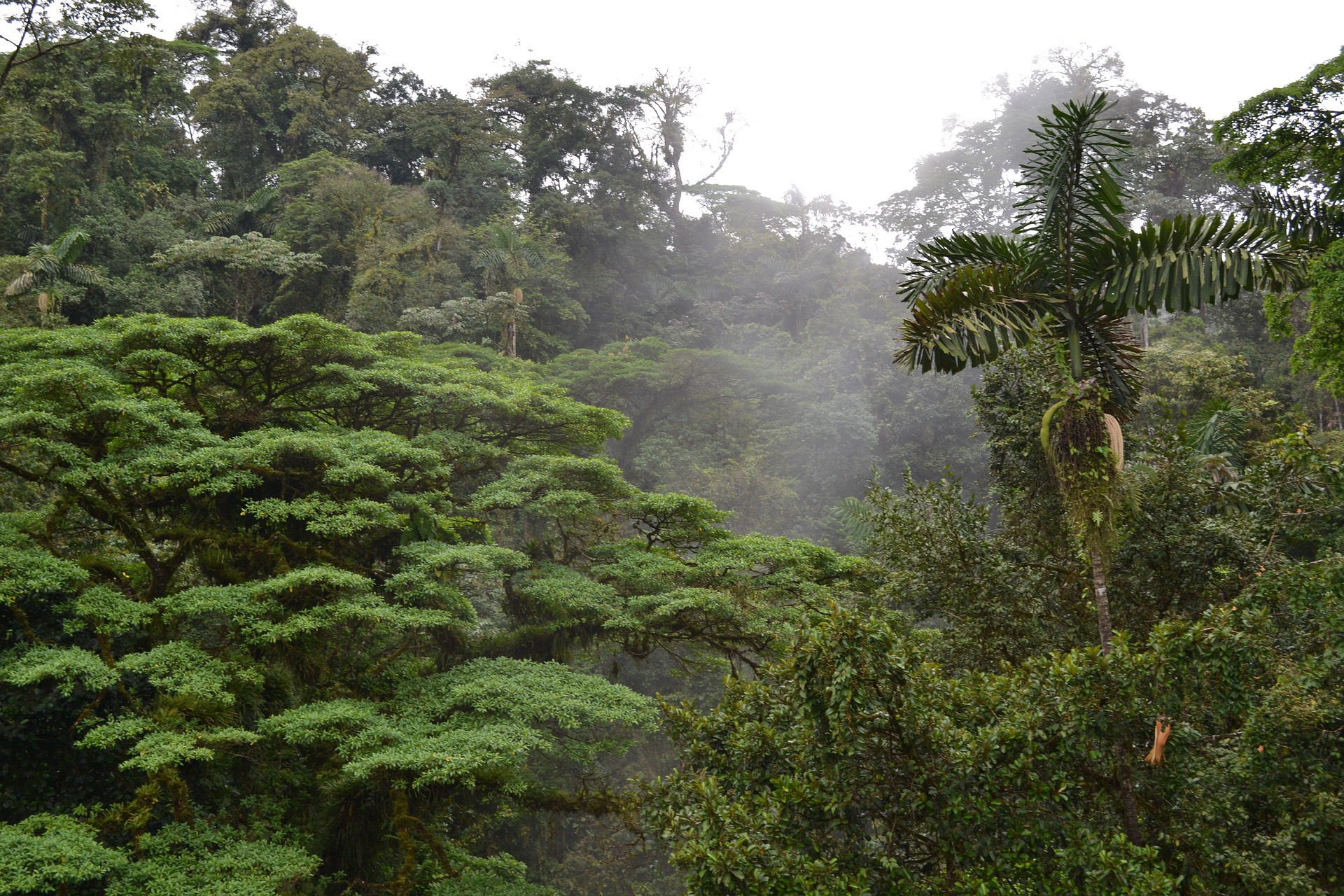 #2. The Blue Pools of Semuc Champey

This beautiful natural landmark is found in the mountainous jungles of Guatemala. Visitors flock there not only to swim in the 6 turquoise pools but also to cross the 1,000-feet-long natural limestone bridge.

Other popular activities include tubing down the Cahabon River, exploring the nearby water cave, and admiring the stunning waterfall. Although Semuc Champey is relatively difficult to access, it has witnessed a surge in popularity over the past decade.

Semuc Champey is a must-see landmark for any backpackers who travel through Guatemala. You won’t regret taking the time to hike to this fascinating beauty spot. 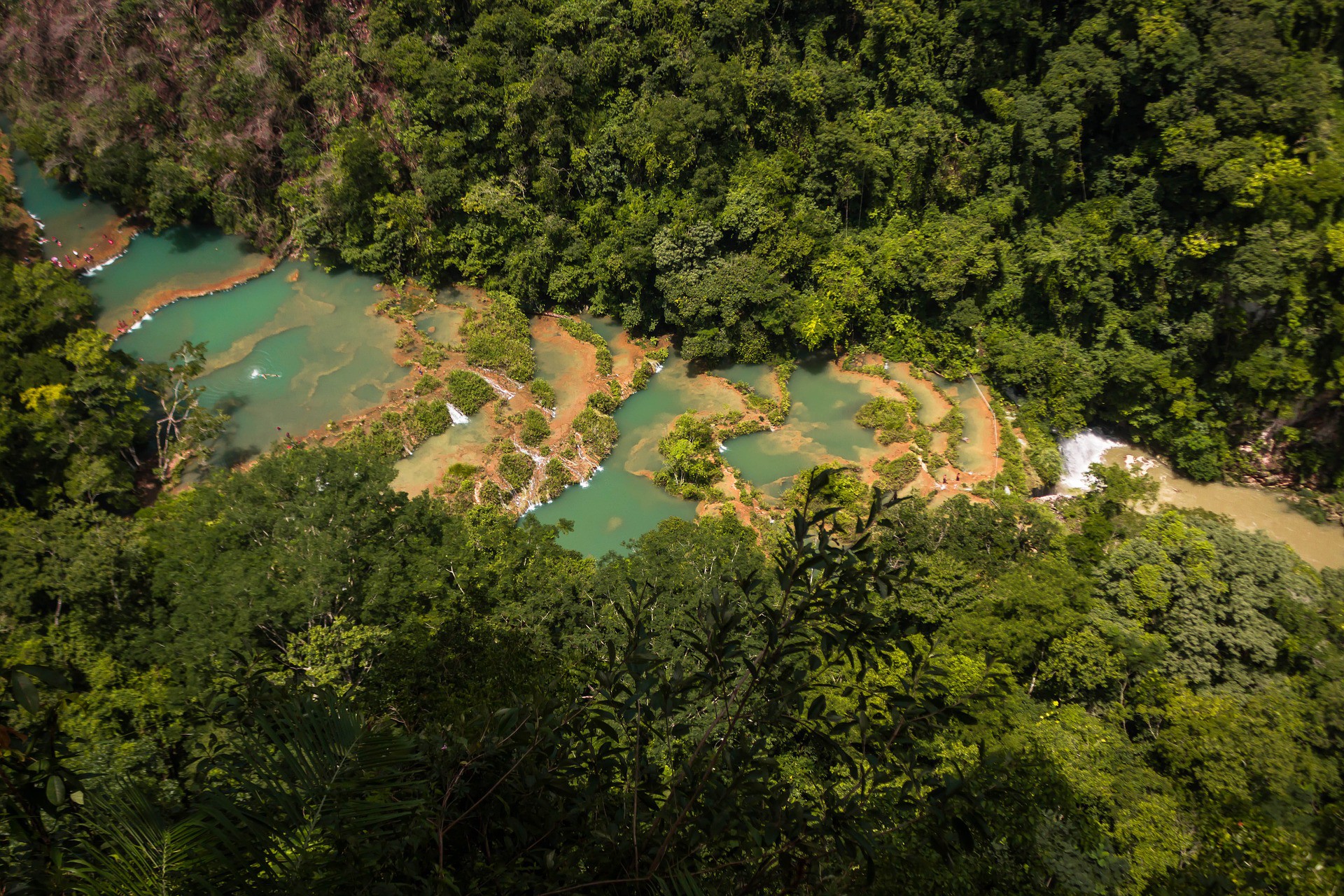 While there are many volcanoes around Central America, few are as impressive as the Poás Volcano. This extremely active, 8.885-feet-high conical volcano can be found at the heart of Poás Volcano National Park in Costa Rica.

The two crater lakes near the volcano’s summit are particularly fascinating. The northern Laguna Caliente (Hot Lake) is one of the most acidic lakes in the world, with a pH close to zero. The resulting acid fog, gasses, and rain have produced a unique surrounding ecosystem. 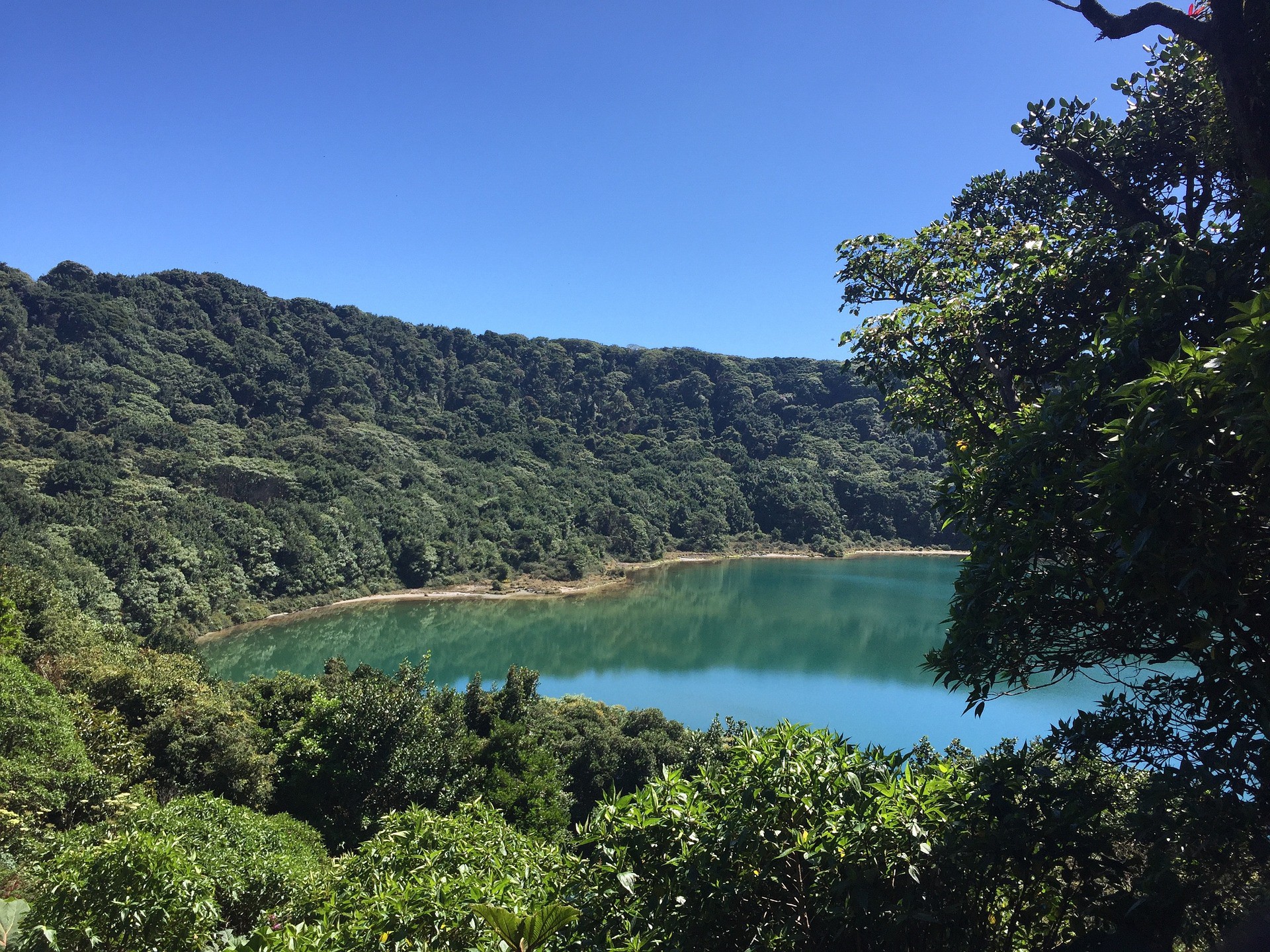 The southern lake is cold and clear, its crater inactive. This lake is surrounded by a stunning cloud forest.

Since 1828, the Poás volcano has erupted 40 times. After the April 2017 eruption, nearby residents were evacuated and a 1½-mile exclusion zone established. The park has since been reopened but check with the national park for current entry requirements and restrictions. 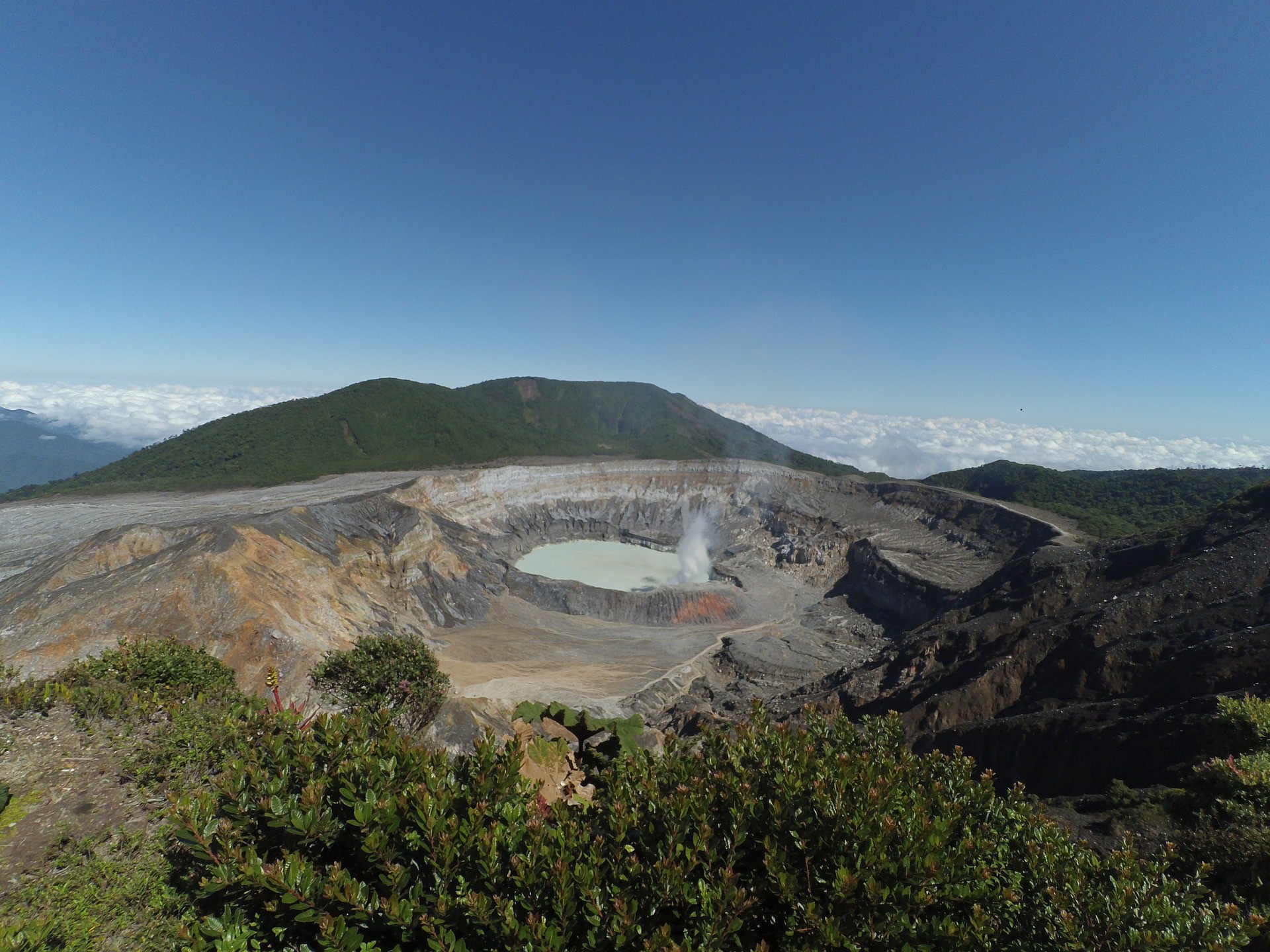 Central America is like a route map of wonderful Mayan ruins, and it is difficult to select just one to highlight. However, within a tropical rainforest in northern Guatemala, you can find the amazing ruins of Yax Mutal. Now called Tikal, this is one of the largest and best-preserved Mayan urban centers you will ever see. 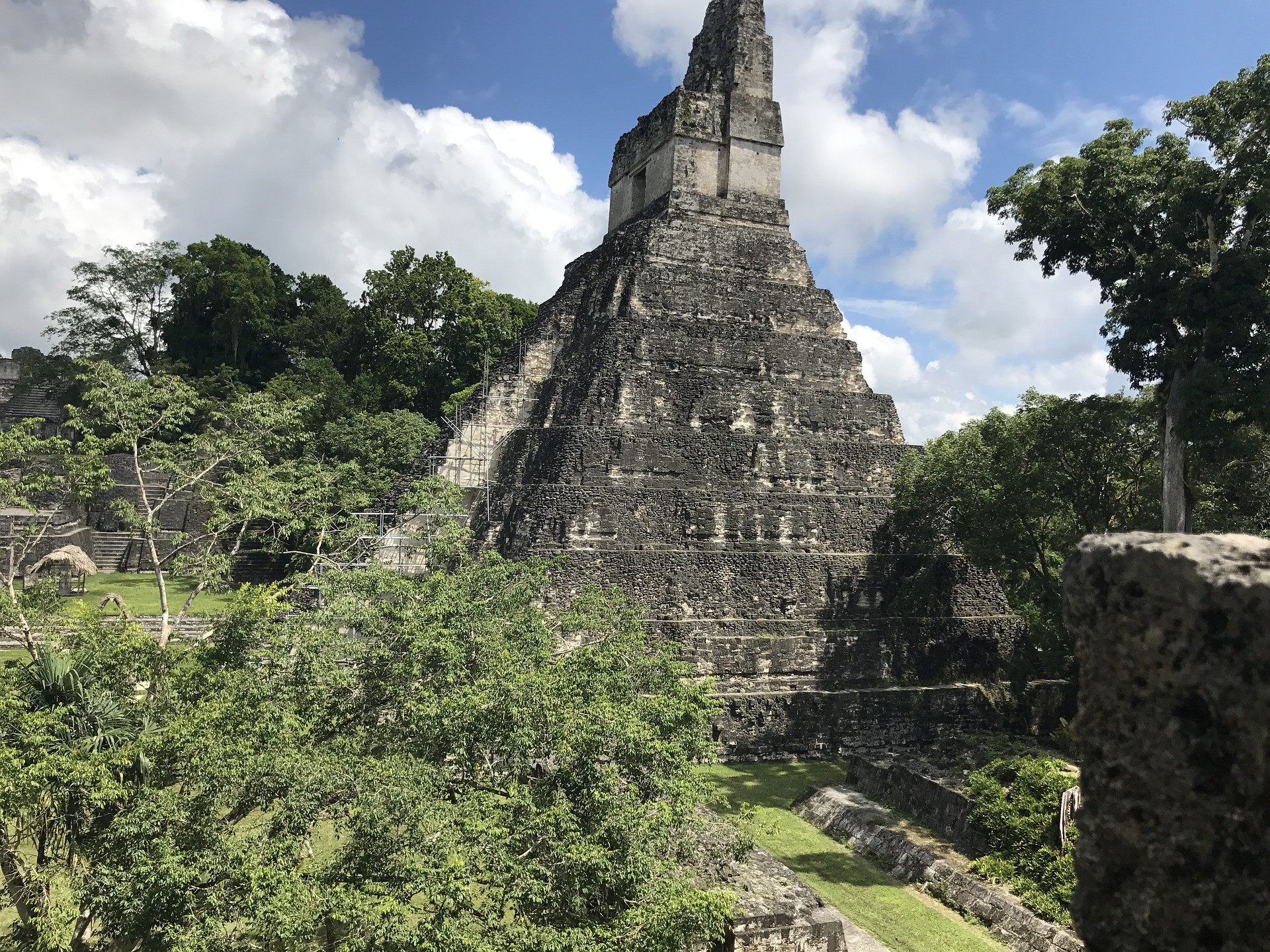 Yax Mutal was the capital of a powerful kingdom in ancient Maya. The oldest monuments date to the 4th century BCE, but the city reached its zenith during the Mayan Classical Period, between 200 and 900 CE. Yax Mutal dominated Central America during this time.

Tikal is the central feature of Tikal National Park and was declared a UNESCO World Heritage Site in 1979. Thousands of ancient structures stand within this city, including 6 massive pyramids with temples at the top. Several of these pyramids are over 200 feet high. The majority of the structures have yet to be excavated by archaeologists. 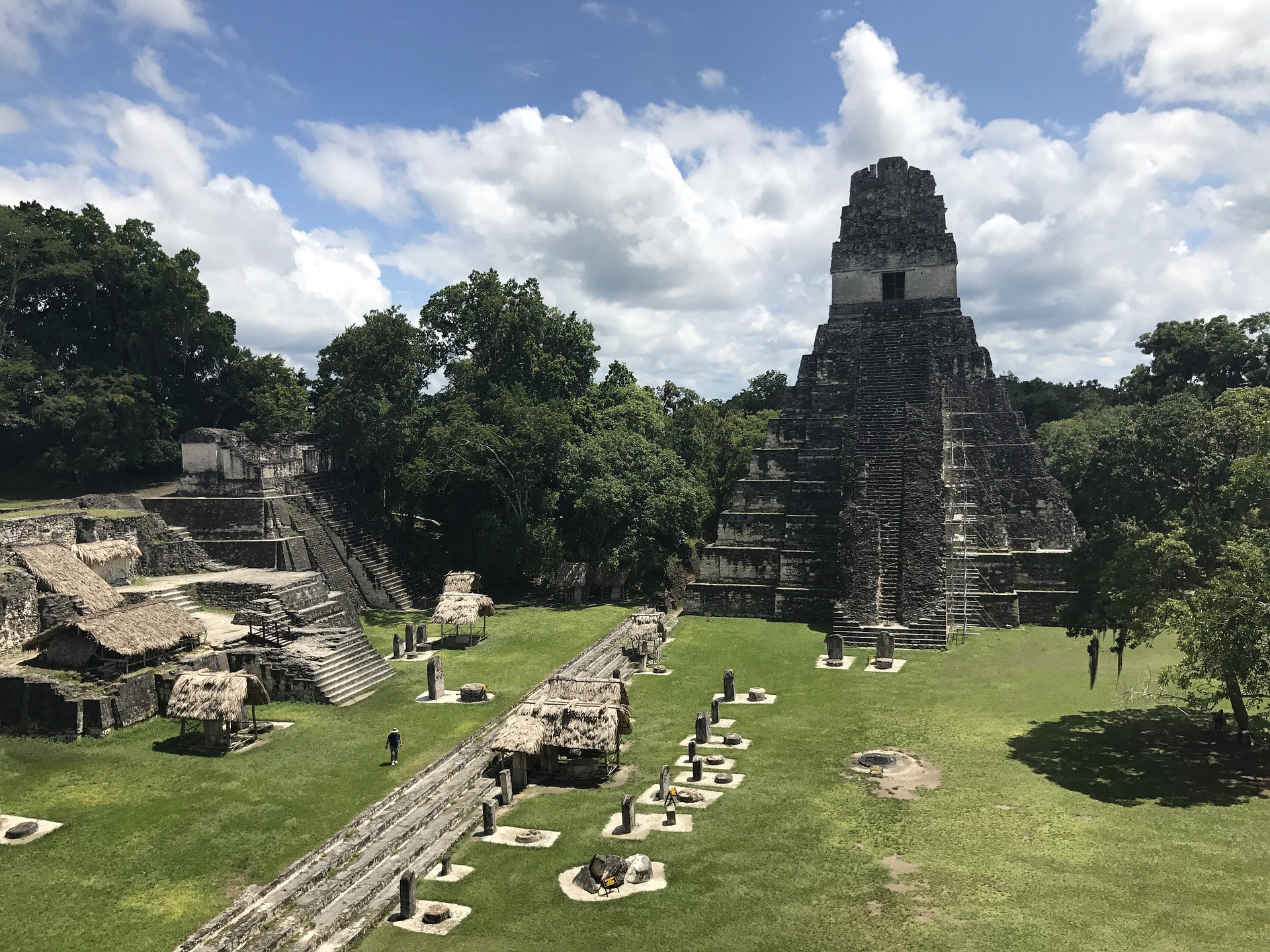 The earliest Spanish colonists in Central America suffered frequent problems with pirates and privateers. In response, the Spanish Crown invested heavily in fortifying the shoreline and important river trade routes.

At the mouth of the Chagres River in Panama, you will find the incredible ruins of Fort San Lorenzo. Together with the nearby fortified town of Portobelo, the fort is recognized as a UNESCO World Heritage Site.

These stunning 17th- and 18th-century fortifications are in an immaculate state of preservation. Many of the original bronze cannons can still be seen in the positions where they were abandoned when these unique military structures fell out of use. 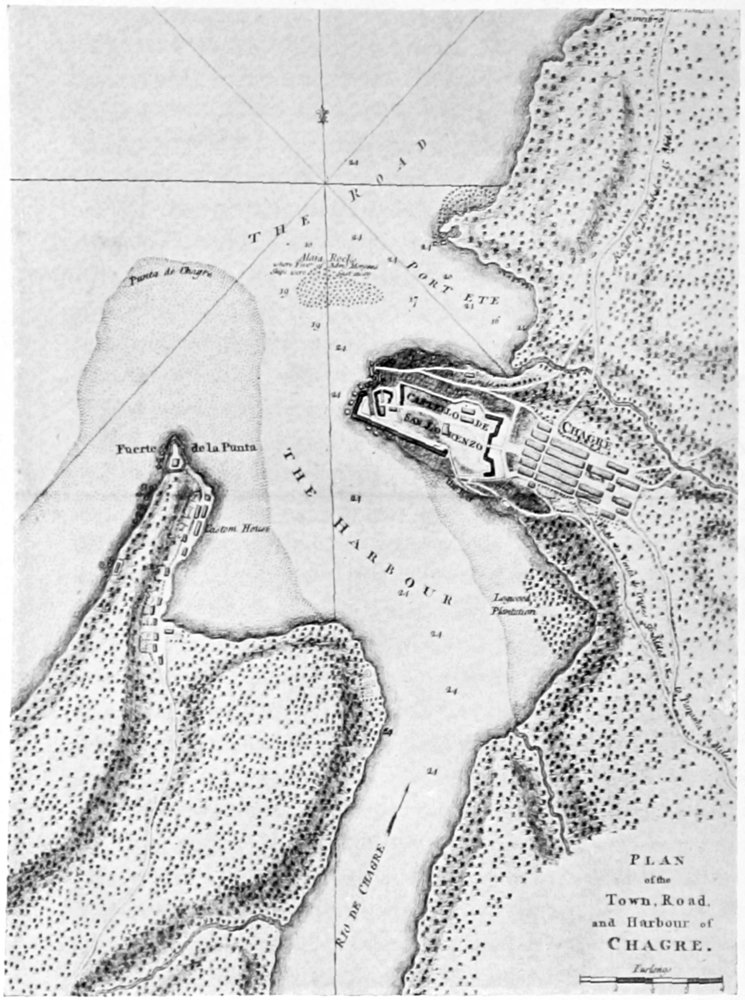 Granada in Nicaragua was founded in 1524 and boasts 376 listed historical buildings. The colonial architecture found all around the historic center displays clear Andalusian and Moorish influences.

Around the pretty historic center, you can see pastel-colored, colonnaded colonial structures. Locations of particular note are the historic town square and the Plaza de la Independencia. 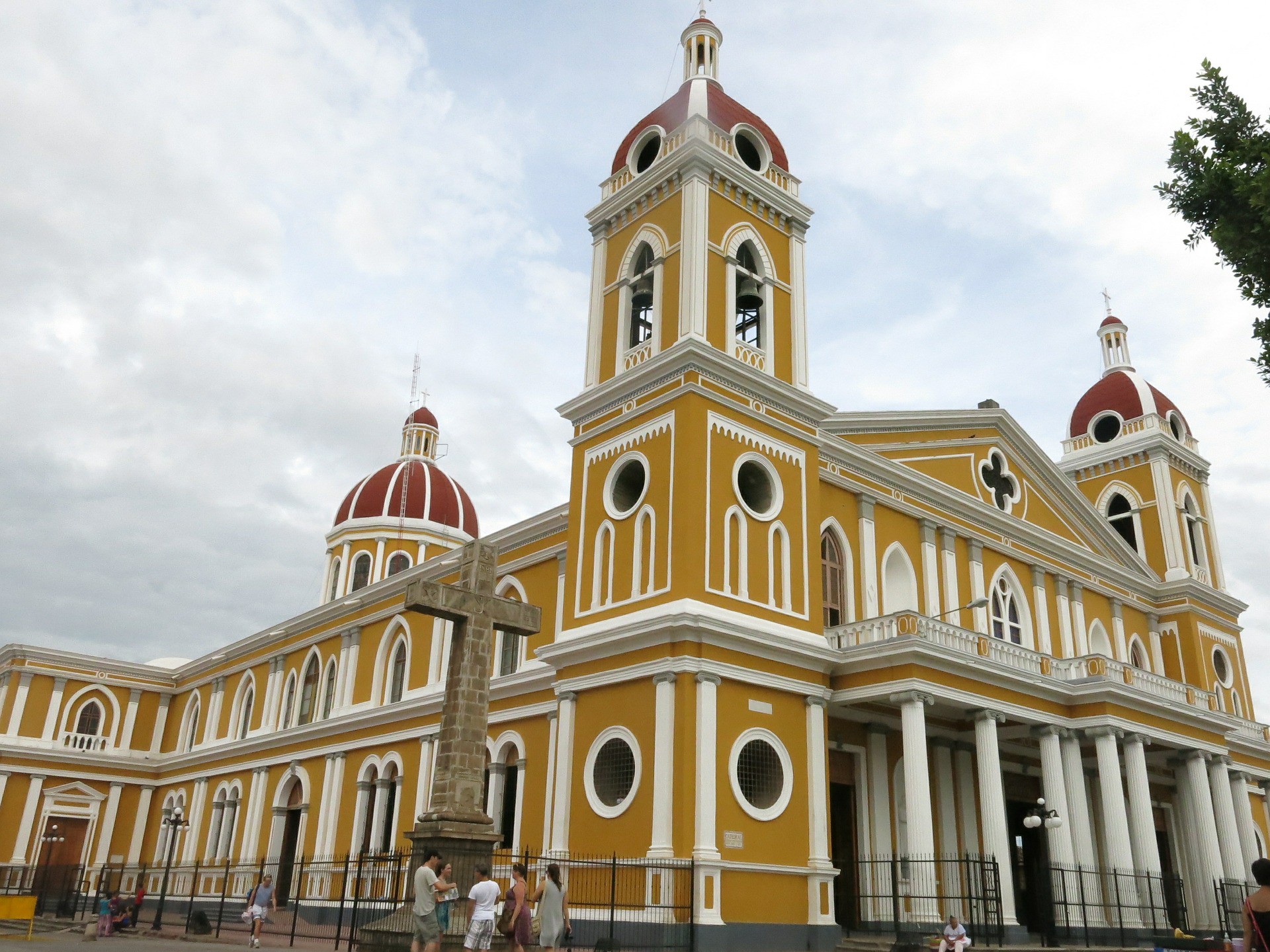 #7. The Panama Canal & Bridge of the Americas

It’s impossible to list Central America’s landmarks without mentioning the Panama Canal. Arguably, the canal is the single most important man-made structure in Central America. The 51 miles of artificial waterway facilitate maritime trade between the Pacific and Atlantic oceans. 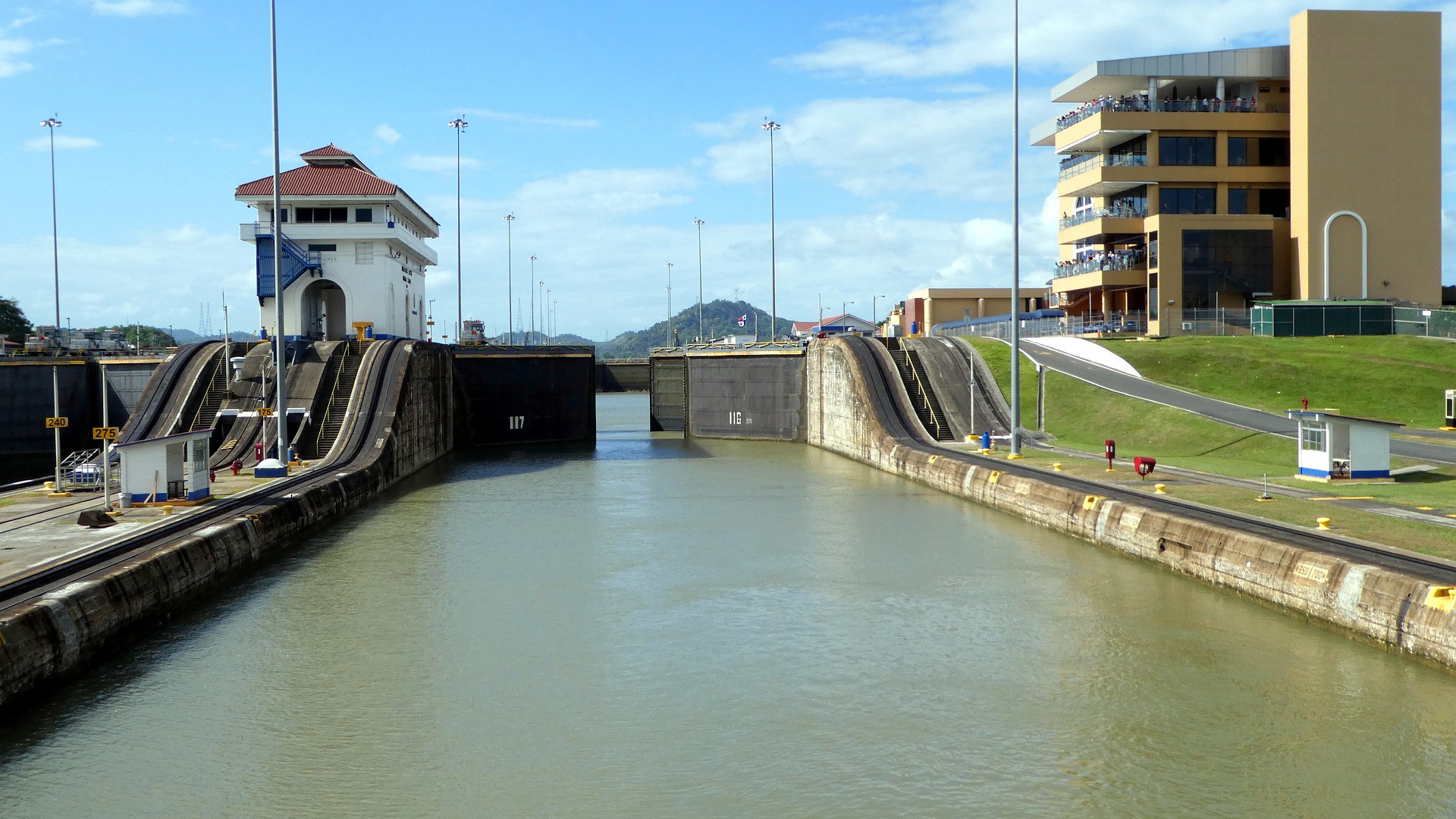 An impressive series of locks at either end of the canal enables ships to rise up to Gatun Lake and descend back down again on the other side. France began building the canal in 1881, but the US took over in 1904. The canal opened in 1914.

At the Pacific entrance to the canal, you can see the stunning Bridge of the Americas. This was designed by a US engineering corporation and opened in 1962. In effect, it connects North America to South America. 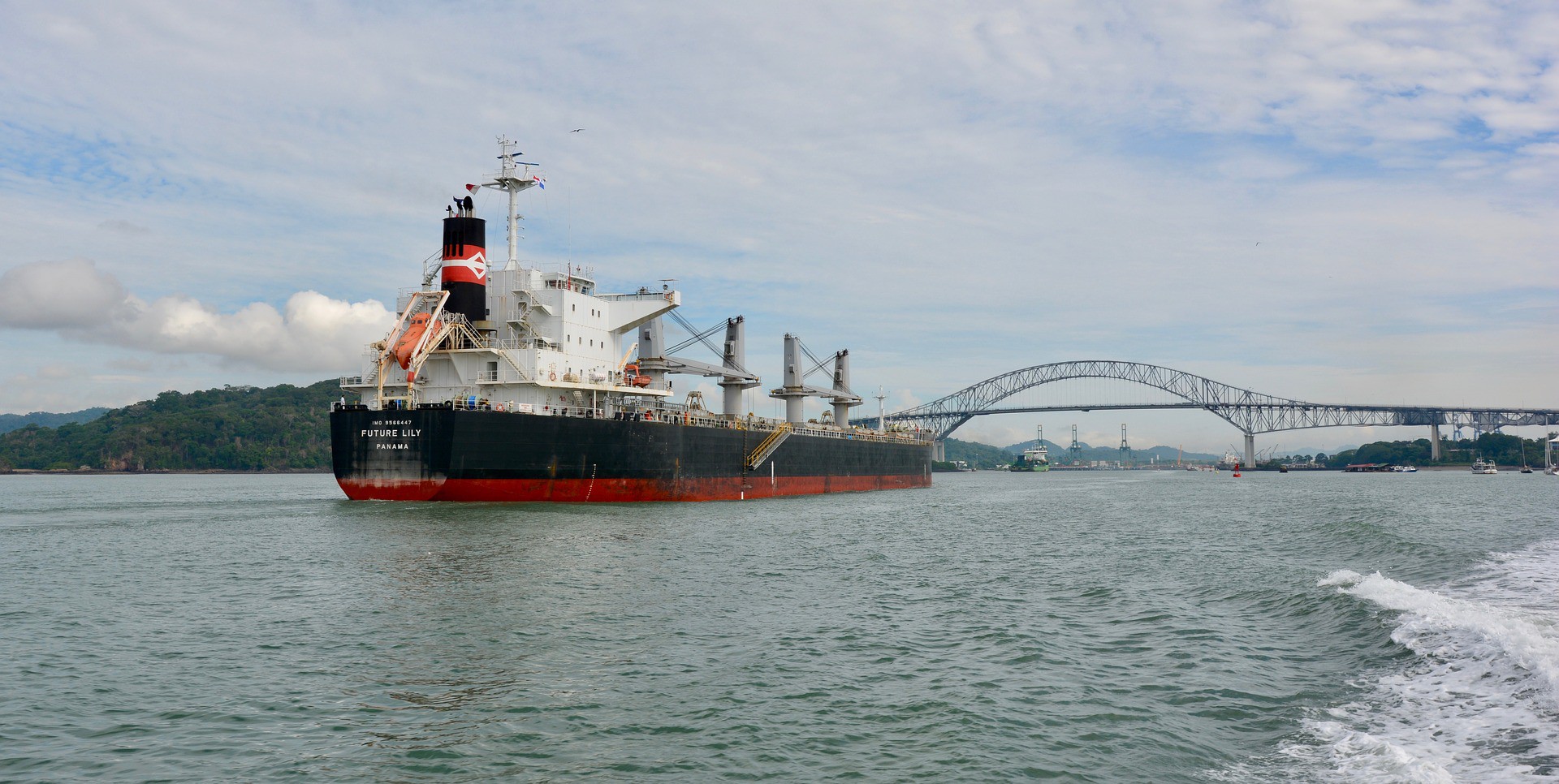 There’s so much more to see!

These are only 7 out of the many fascinating landmarks found in Central America. You can find many more volcanoes, national parks, ancient ruins, and wonderful cities across the region. It would be impossible to visit all of them within one lifetime.

Get to know the typical dishes of Costa Rica

Recommendations for travelling to Central America