The 2016 ISA World Surfing Games is a competition where delegations of surfers from around the world, participate for individual medals and strive for the Fernando Aguerre World Team Trophy, named after the President of ISA.

The International Surfing Association, better known as ISA, is recognized by the prestigious International Olympic Committee as the World Authority for Surfing, StandUp Paddle Surfing and other wave riding activities.  Its membership includes 98 National Surf Delegations from 5 continents.

This year, Costa Rica will be hosting the competition for the second time in its existence. The outstanding 2009 edition was held in Playa Hermosa. 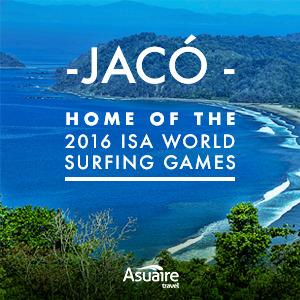 During this occasion, the 2016 ISA World Surfing Games will be celebrated at Jaco beach, from August 6th to 14th.

On August 6th, the 2016 ISA World Surfing Games will begin with an official press conference at Jacó Beach, continuing with an opening ceremony at 10 am, including the Parade of Nations and the Sands of the World Ceremony.

Every day, the competitions start at 7 am and continue until 5pm

Jaco is a very famous surfer spot, located only an hour away from the capital city, San José. Without a doubt, proximity and good waves will create the perfect environment for all the visitors and participants at the tournament.

Aside from going to the competition, you can also make the most of your trip by staying at a hotel  nearby or practicing fun water activities in the area. 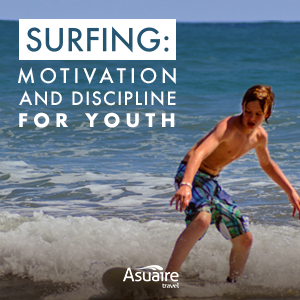 If you can’t make it to the tournament, you can follow the live broadcast on the official website of International Surfing Association

On the 2015 ISA World Surfing Games, Costa Rica won the World Team Champion Trophy, previously won by Peru in 2014 and South Africa back in 2013.

This means Costa Rica could win the championship for the second consecutive year, tying with Australia.  Costa Rican Noe Mar McGonagle and the American Tia Blanco won the last two gold medals in 2015. 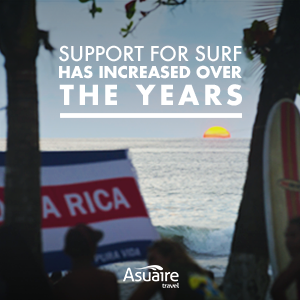 Over the years, the country has become a sponsor of both recreational and competitive surfing. So much so that the president of the republic decreed the 2016 ISA World Surfing Games a matter of national interest.

The goal is to promote the physical and social development of Costa Ricans through surf, motivating young people to make use of the sport as a way to canalize their energy and also increase tourism through services such as hospitality and transportation.

Surely the country has transformed the sport into a promoter of the country’s economy, reporting incomes up to $ 340,000,000.

Tips to consider during the 2016 ISA World Surfing Games

There is no surf without reggae.

That’s why “Cultura Profética”, a famous Caribbean reggae band, will end the World Surfing with a concert for 10,000 people.

The event will be held on August 13th at the Centro Ferial World Surf, next to the Best Western hotel. The ticket prices range from $ 30 to $ 60 and you can buy it here.

According to the latest statistics, 60% of infected patients are living in Garabito, where Jacó is located. 77 people are infected and it seems the number is increasing.

We recommend you use insect repellent 24/7 to prevent mosquito bites.

Get a nice spot

About 100 000 people are expected this year to come and watch their favorite surfers compete. So the best decision is to get up early and find a good place so you don’t miss a thing.

You can pay for a seat

If waking up early is not your thing, you can also pay $ 12 for one of the seats located in the front row facing the sea. Buy your ticket here.

Remember to contact us if you want more information about the event, need advice or are interested in jumping on a nearby tour. It will be our pleasure to help and together experience a new adventure!