What to eat in Guatemala?

The typical food of Guatemala is very rich and varied due to the climate of its different locations. Countries in Central America have very varied cuisines, which include fascinating ingredients and mixtures, justifying the rise of tourist Central America. Following the introduction of Spanish culture, culinary traditions went in a different direction. Therefore, whether you are going to travel to Guatemala or you’re going to travel to Panama, you should understand what’s eaten there and why. 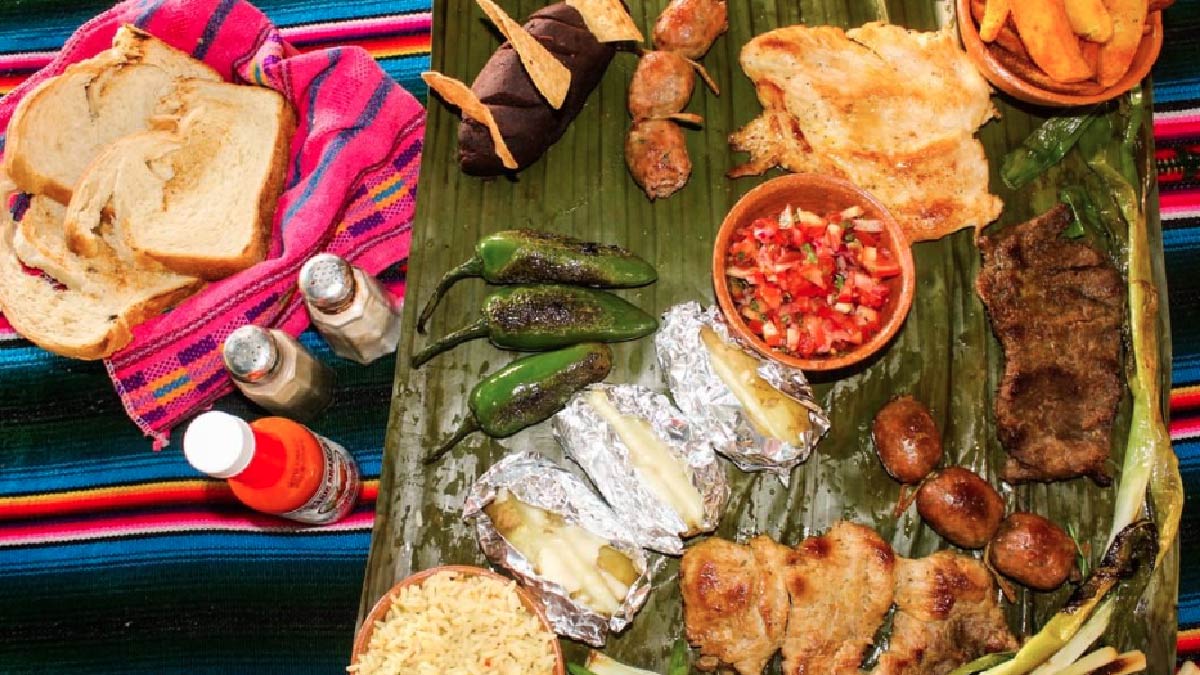 In Central America there are trips for all tastes, including the culinary. Ever since the Spaniards arrived in the sixteenth century, they’ve been mixing the culinary customs of both countries, which has enriched the dishes. Thus, ingredients such as avocado, tomato, chocolate or vanilla have spread throughout the world.

The cuisine of Guatemala is based on corn, served in different ways, such as pancakes. Tomato is used in Guatemalan food for the preparation of two of its most typical dishes: chirmoles and recados. In Central America, countries also use chilli, but in Guatemala it’s used moderately. 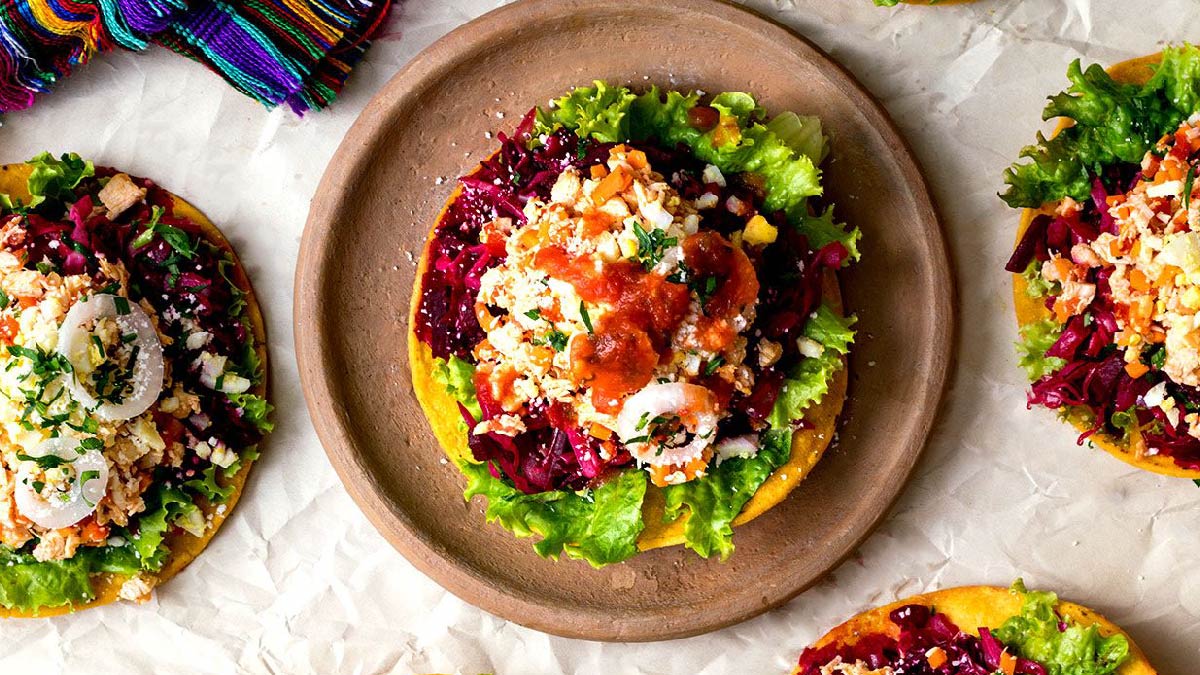 The most typical ingredient, however, are black beans, which are used on a daily basis along with white and red beans. Likewise, pumpkin seeds, cocoa beans and sesame seeds are very typical. As for seasoning, parsley, peppermint and coriander are common.

How much does it cost to eat in Guatemala?

The average price of a dish in a restaurant is 10 USD if you go to a tourist restaurant. However, in a local restaurant it will cost you less than 2 USD per dish to eat.

This makes a total of about 6 USD per day in food. Water will only add 0.90 USD to the bill. Therefore, it’s difficult to refuse to try all the delicacies that the country has to offer.

Cuisine in Guatemala according to zone

The cuisine in Guatemala is varied and rich, like its population. Luckily, in Central America, cheap tourism will allow you to enjoy the food to your taste. Each region has typical dishes and variants, but there are five large areas where we can summarise its traditional food.

There are many people and ethnic groups concentrated in this region, which means its cuisine is very varied. As a dish, you have to try recados, which are sauces which combine various ingredients and where tomato predominates. Pepián is also famous, in which you will try the red recado, or the jocón. Quilín is a famous dish prepared with pork, and sololá is made with fish from the lake. You can’t leave without trying tamales, which are made of rice and chambray. 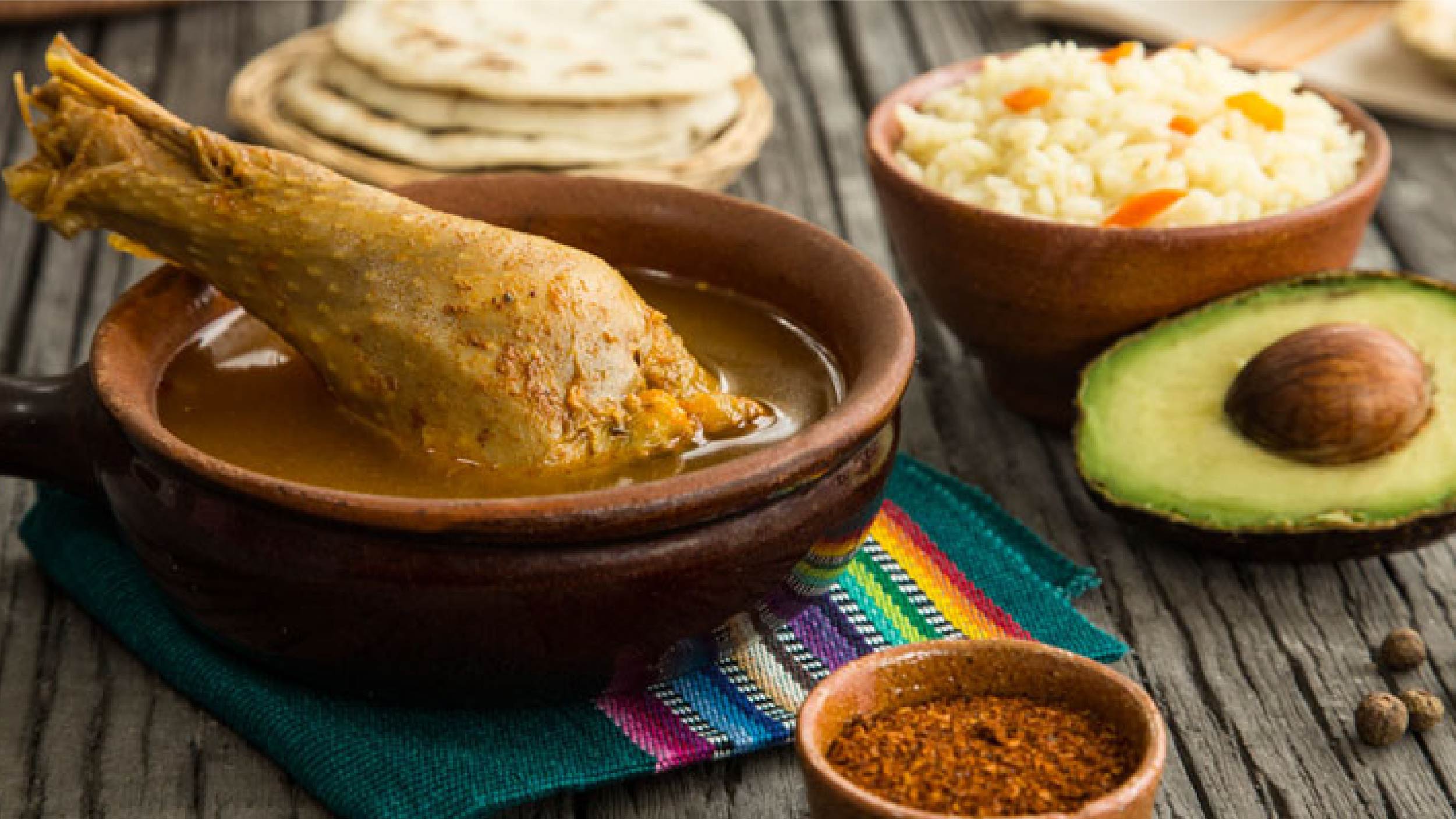 Here two groups predominate. The first are the Q’eqchi’es, whose cuisine emphasises the kaq ik: a turkey, chuncho or chompipe-based broth. For their part, the K’iche’s usually eat very spicy foods with Guatemalan spices and chilli, which is never lacking in the region.

If you go to the Atlantic coast, you can try yuka biscuits or tapado, a soup made from bananas, coconut milk and seafood and rice with beans and coconut oil. African roots predominate on the Atlantic coast, which makes food in this area of the region somewhat different. Also, Mayan elements have been added, so you can try buns or tamales, nances curtidos, empanadas de xiquinché and jocote.

A very different culinary style has developed in the eastern region. Thus, chicken with loroco and cream with chayote tendrils, quesadillas and chiquiadores and criadillas with cream, are famous, especially in San Luis. If you go to Esquipulas you’ll taste traditional sweets called citoplastías, and as a savoury snack, some good pork rinds. 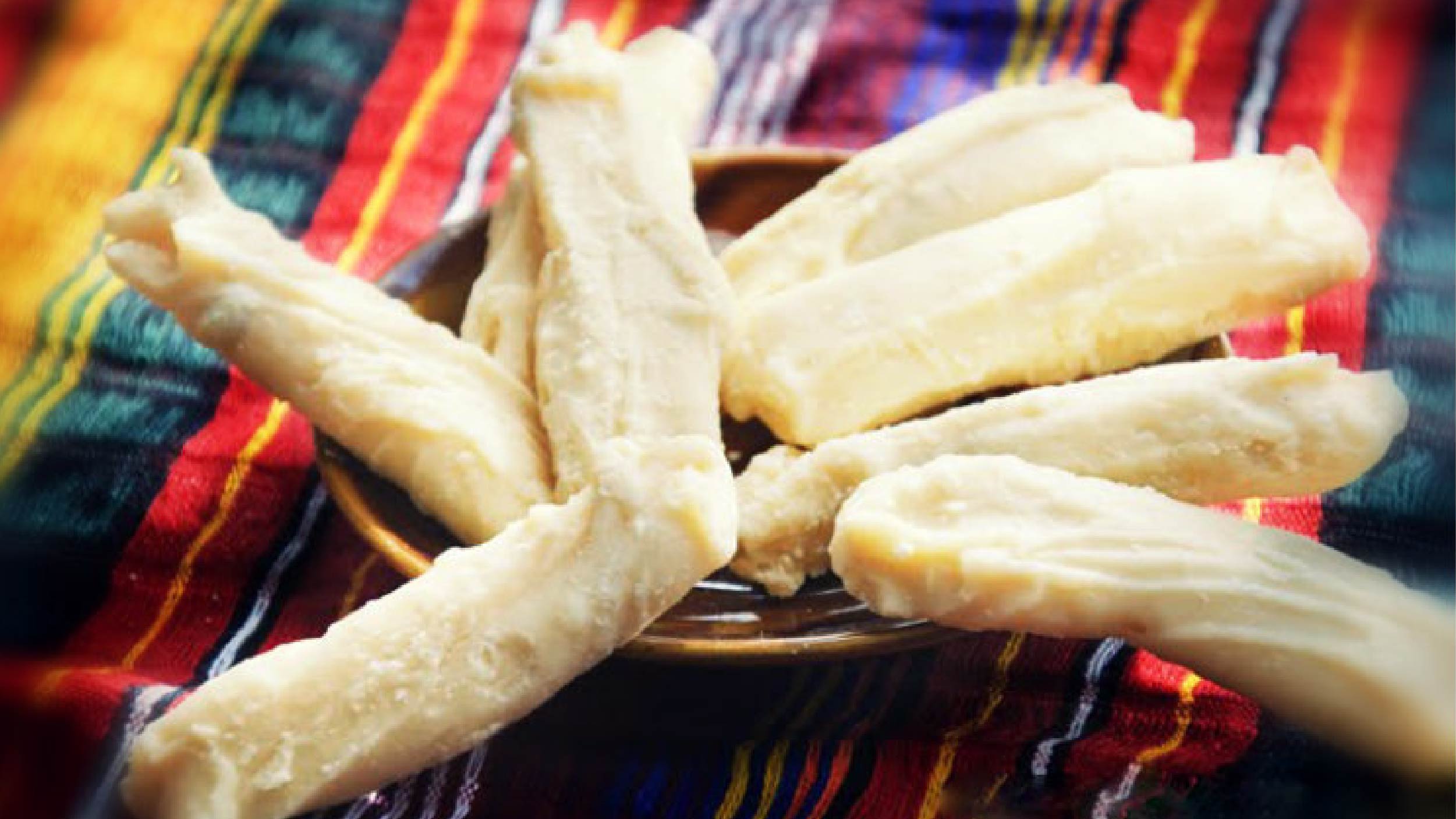 In the central region, mestizo dishes have been developed from a colonial cuisine mixed with pre-Hispanic heritage. That’s why sweets like marzipan are made in this area. They also eat cannillas de leche, nuegados and sandwiches. In San Martín Jilotepeque you should try the subanique, which has a mixture of pork and chicken.

In the southern region, seafood products predominate, especially in Escuintla, with seafood and fish stews. In Santa Rosa, however, we’ll enjoy meat with dishes such as rabbit and duck stew, or black pudding or morongas. As for sweets, ayoye and salpor, a variety of corn and pan de mujer are made.

A region good enough to eat! 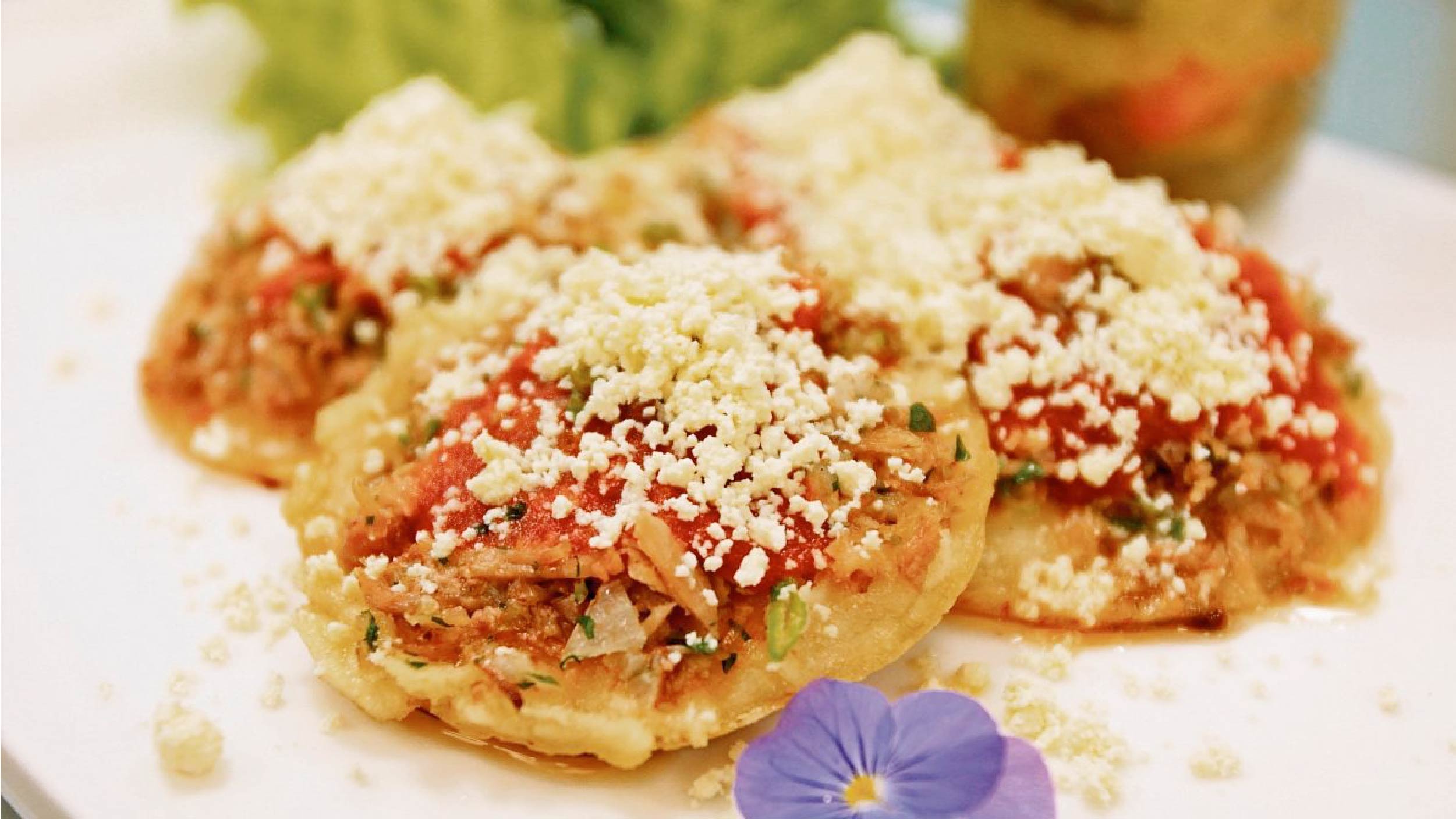 In Central America, cultural and culinary tourism attracts more and more people who continue to enjoy the typical food of Guatemala. And if you’re hungry for adventures, you’re in the ideal place: in Central America there are amazing volcanoes which can be visited. A good excursion to help digest your meal!

Everything about the Yaxhá archaeological site

Things you need to know about Lake Atlitán in Guatemala