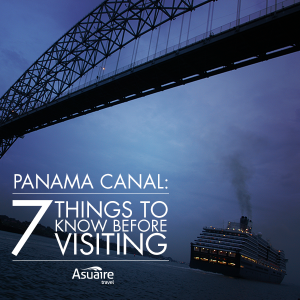 Whether you have already planned to visit the Panama Canal or you’re curious, we let you in on the 7 main things you should know to prepare for your trip.

It was founded in 1914 and its construction lasted 11 years. Before that, the boats had to go down to South America to get to the other ocean, which gives you an idea of why it represents one of the greatest achievements of modern engineering. 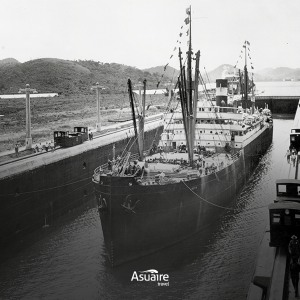 Since 1904, 56,307 workers have been involved in the construction, all of different origin. They came from Europe and the United States and even from the Antilles.

The Panama Canal has a length of 62 miles, and uses a system of compartments with incoming and outgoing gates that function as water elevators. This way the ships can be lifted to pass through Gatun Lake and reach the ocean. 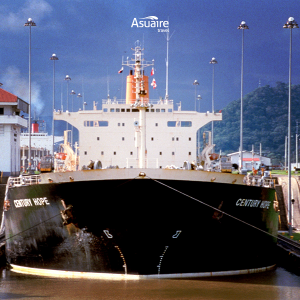 We know that the Panama Canal reduced to record time how long boats need to cross from ocean to ocean. That means that now, on average, the boats take between 8-10 hours to cross the Panama Canal.

5. The Panama Canal has a significant amount of traffic. 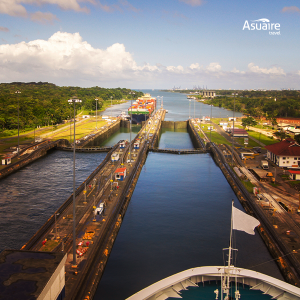 6. Panama is currently working on an expansion.

In 2006, through a national referendum, Panama decided to expand the Panama Canal to a third canal and enlarge the existing ones, to keep up with market demand and foreign trade.

7. The expansion will bring improvements.

The Panama Canal expansion will bring great advantages such as an increase in the tons capacity that ships can carry. It will create more jobs in the area, and it will reuse 60% of the water in the channel through new system tubs.

Now that you know all the basic information about the Panama Canal, you’re more than ready for your trip. You will definitely discover many things.

Come and enjoy your trip to Panama to the fullest!!

Costa Rica Surf: What You Should Know