We tell you what to visit in Tortuguero

It is an exuberant, mystical and heavenly place. A region rich in flora and fauna in Costa Rica. If you wonder what to see in Tortuguero, we can tell you that you will enjoy a huge biological variety where around 2,000 plant species and approximately 400 trees live. 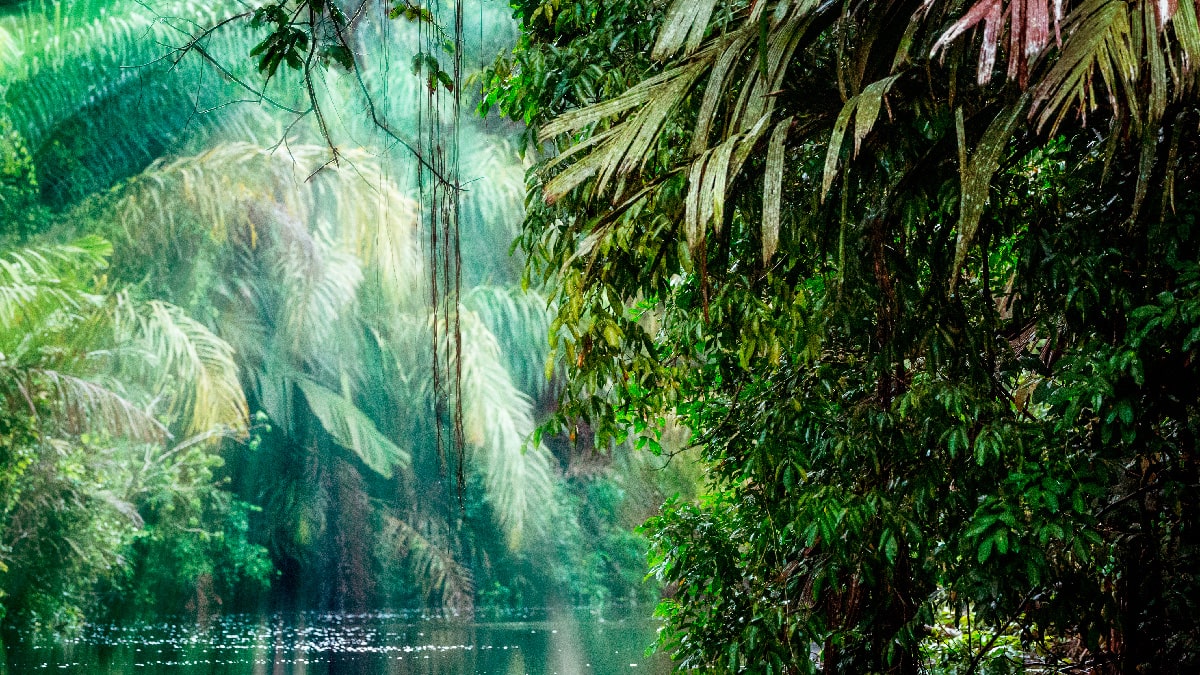 The Tortuguero National Park is located in the province of Limón, approximately 80 km northeast of the city bearing the same name. It has an area of 18,946.9 hectares in the land area, and 52,265 in the marine area. It is conceived as the most important area of the western half of the Caribbean, due to the spawning of the well-known green turtle.

If your question is how to get to Tortuguero, we can answer it quickly. You can go to the Gran Terminal of the Caribbean in San José, and then take a bus to the town of Cariari. It costs only three euros and takes around two hours. Once in Cariari, you take the bus to the La Pavona jetty, where boats leave for Tortuguero. 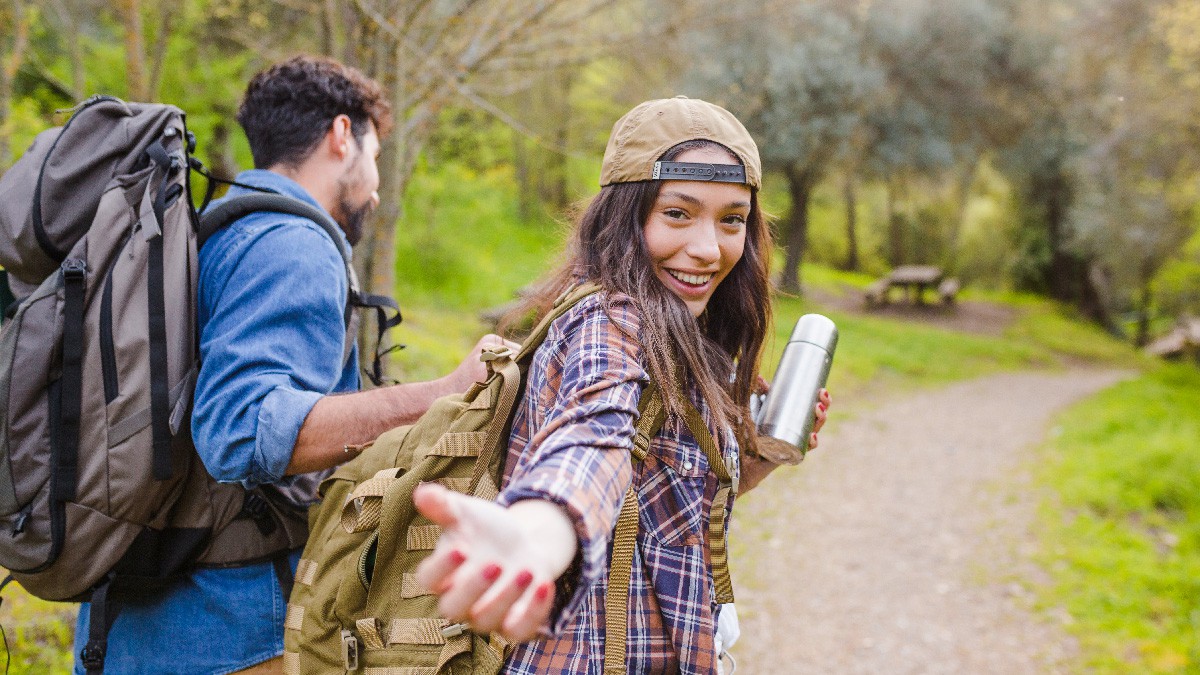 You can choose one of the existing trips to approach the Tortuguero in Costa Rica. Although the best time to visit the turtles is between July to October, you can go outside this season, having the advantage of finding fewer tourists.

It is advisable to wear binoculars, mosquito lotion, raincoat and trekking boots. The weather is quite humid, and you have to live with a constant rain. Likewise, we recommend that you bring a camera to take those unique images as a souvenir of this interesting adventure. 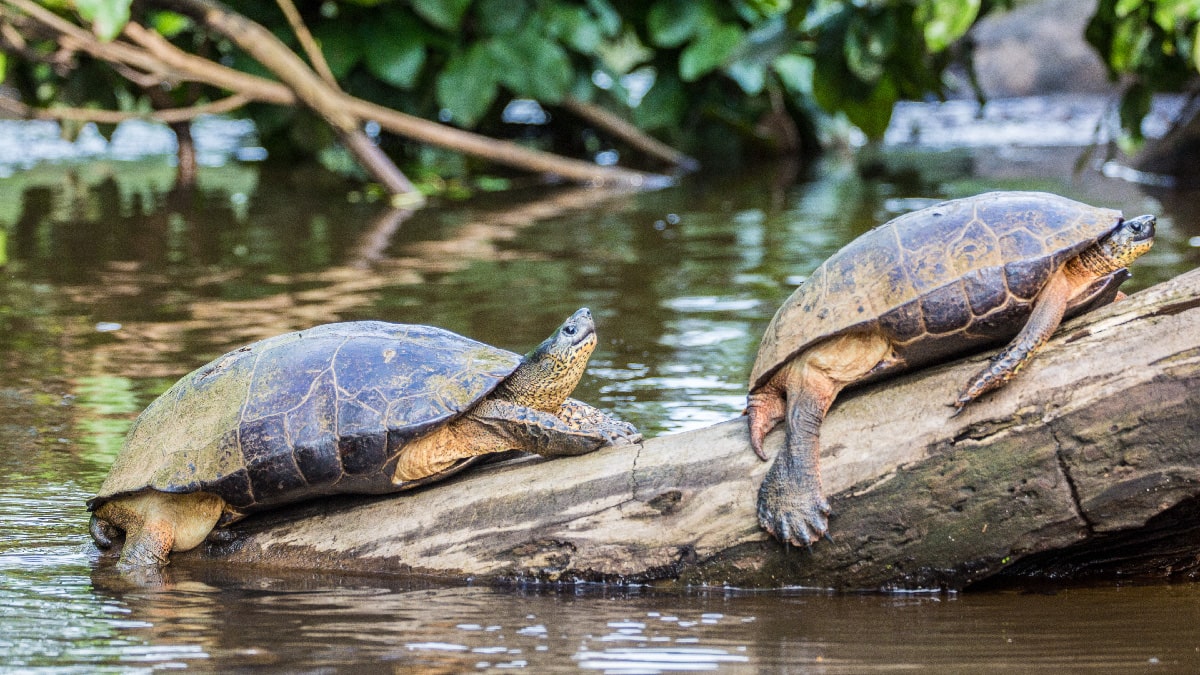 Five out of the seven species of sea turtles existing in the world spawn in Costa Rica. The arrival of turtles to the place where they were born in order to spawn is a unique natural spectacle.

March is the month in which what is known as the “arrival” begins, lasting until the end of October. Approximately 15,000 turtles are gathered and, after leaving their eggs in the sand, return to the sea.

Usually, turtles come out of the water at night, but sometimes they do around two in the afternoon and until seven in the morning of the next day. In those cases, observing them is simply wonderful and exciting. 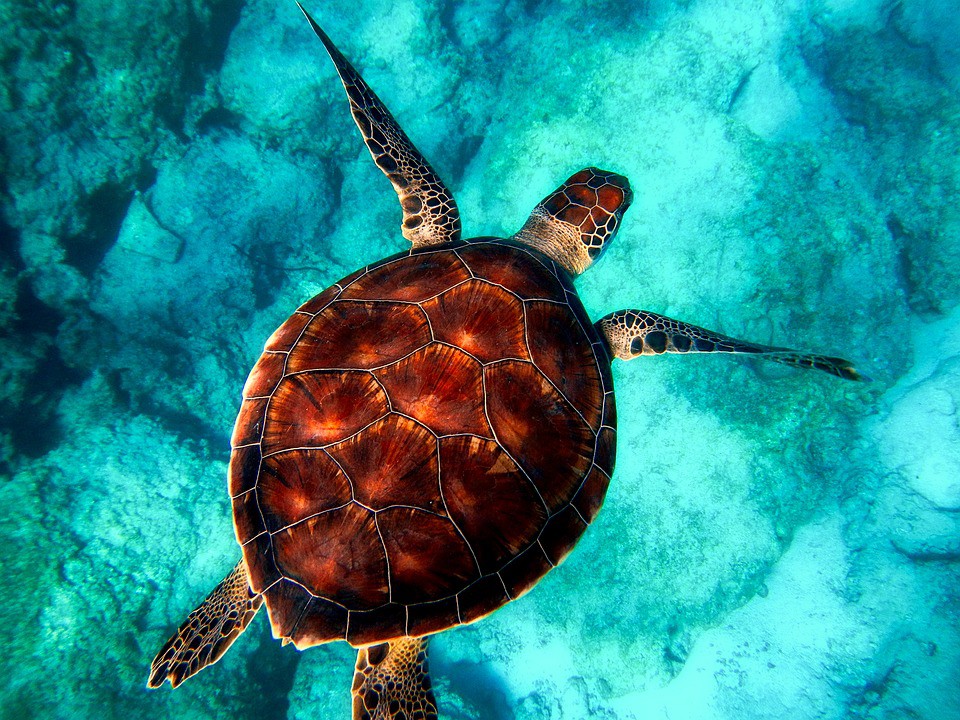 Through Asuaire travel you can enjoy the most important area for the spawning of the green turtle, although other sea turtles, such as the leatherback and hawksbill, also spawn in this place.

This park of dazzling beauty is traversed by a natural system of lagoons and navigable canals, and is the habitat of species of land turtles, sea cow, crocodile, great diversity of crustaceans and more than 50 species of freshwater fish. 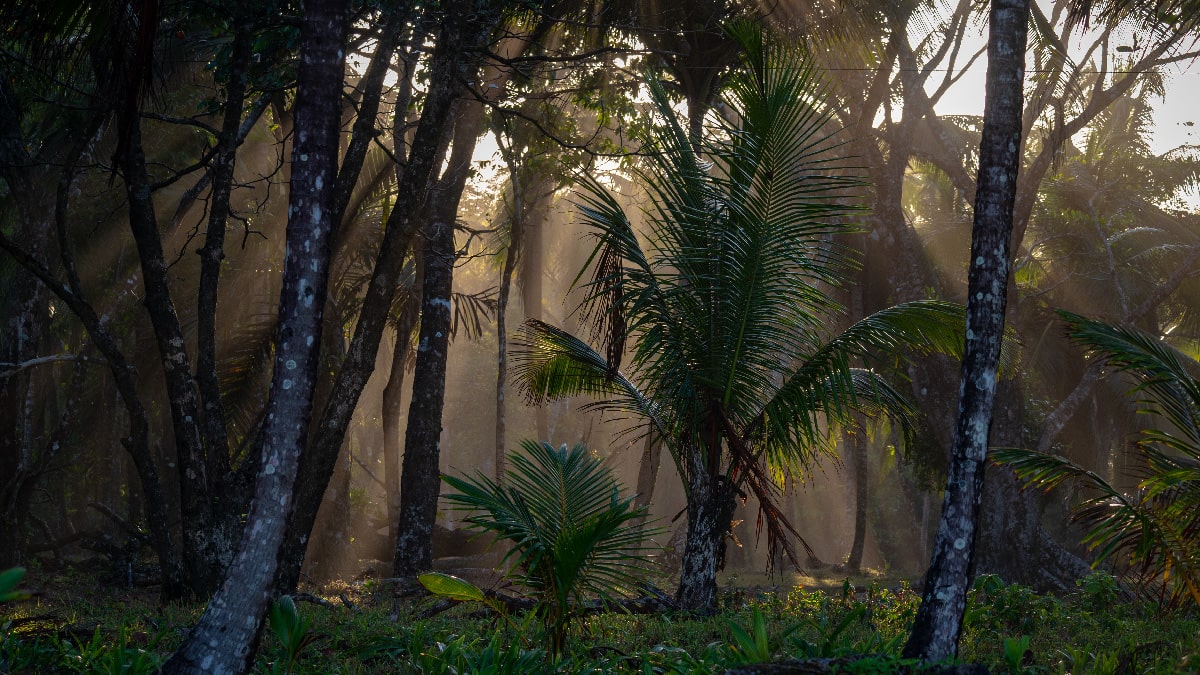 Its vegetation has an important predominance of grasses, a humid forest where strata and verticals abound, a dense undergrowth with ferns and several annonaceae species and forests where yolillales predominate.

Likewise, there are herbaceous swamps where plants up to two metres high and communities on lagoons with floating vegetation, such as choreja or water lily, stand out.

This park was created so as to protect the flora and fauna of this region and foster possible research and scientific studies. It should be highlighted that very few countries have been able to protect such a precious treasure as Costa Rica has. 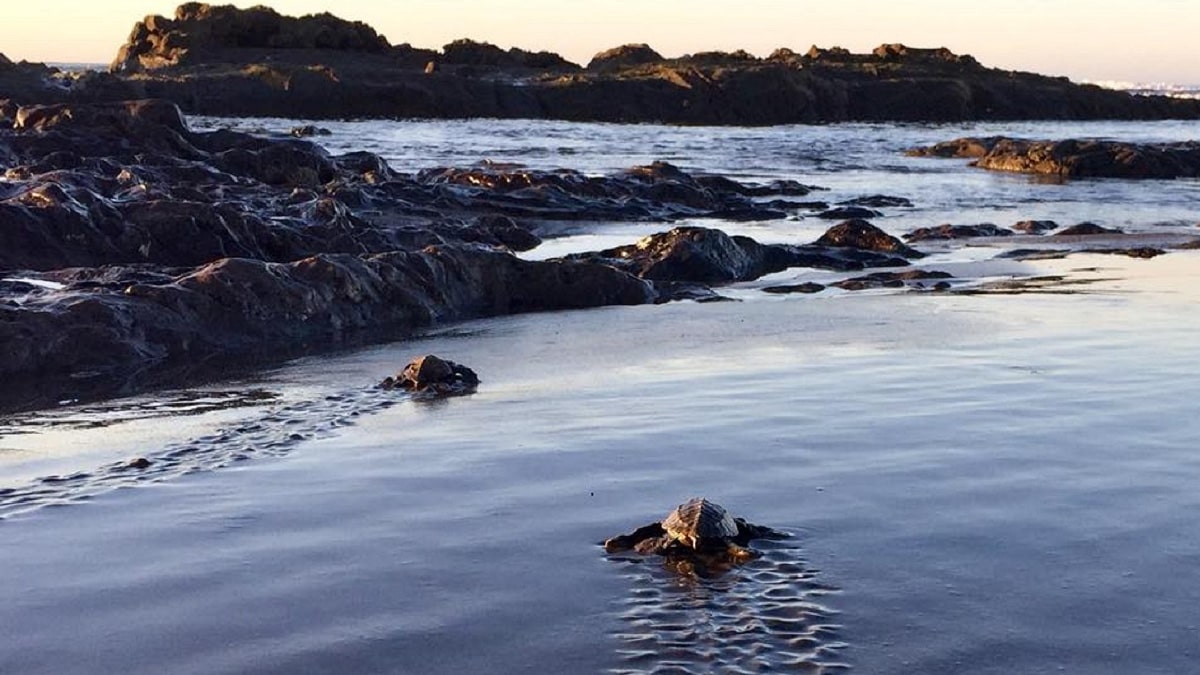 As noted before, Tortuguero is one of the rainiest areas of the country. Two types of rain are distinguished, namely the local downpours, which don’t last long and are the most frequent, and the storms, which last up to 15 days.

Amongst the protected birds, we can find the green limpet in danger of extinction,

the horned guan, the guianan trogon, the red-headed vulture and the oriole of Montezuma, amongst others. In addition, the green turtle, the leatherback, the hawksbill and the pond slider turtle must also be mentioned.

You cannot miss this natural paradise 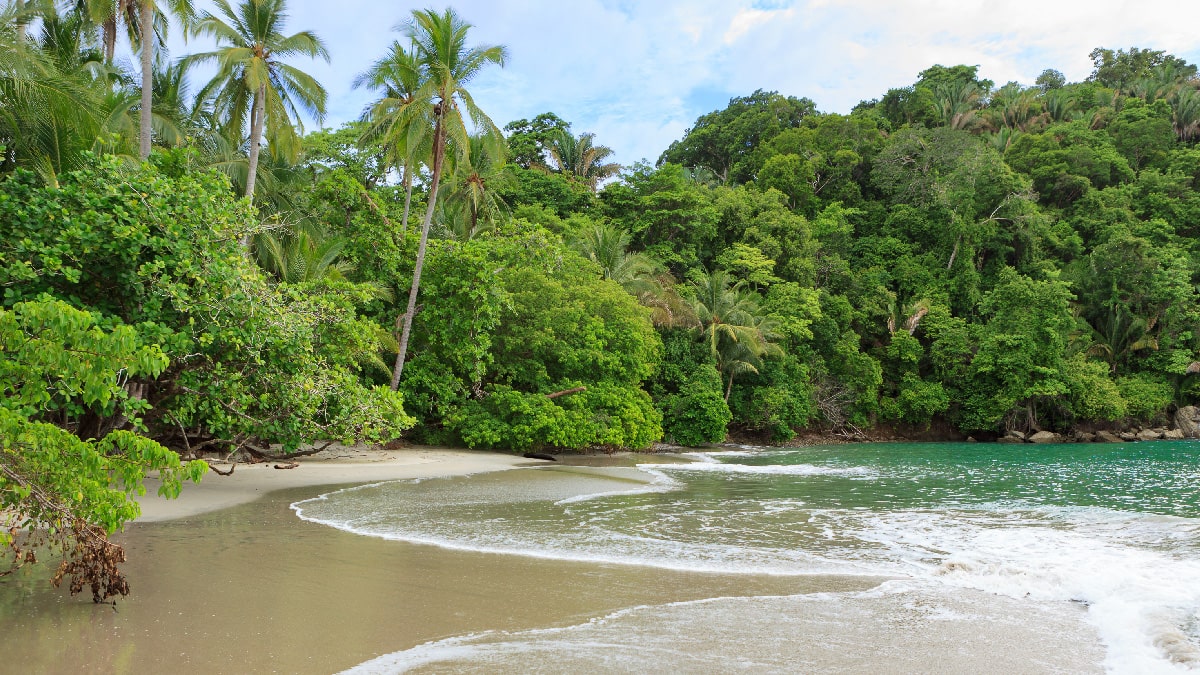 The trips to Costa Rica do not cease to surprise us with its great beauty but, undoubtedly, the visit to Tortuguero is one of the best choices so as to know the great biodiversity typical of the national territory, which also affects its people. Costa Ricans are extremely friendly, helpful and open people, highly proud of their homeland.

We can delve into more information on what to see in Tortuguero, but enjoying it and living the unforgettable experience offered by a unique place in the world is far better than hearing about it. Do not hesitate to plan your trip in advance and live your own experience, which will undoubtedly be unforgettable.

Get to know the typical dishes of Guacanaste!

Customise your trip to Costa Rica with magical places